Preschool children can effectively develop their intelligence by playing puzzles, and there are other little-known benefits as well. Today, the editor will introduce to parents which puzzles are suitable for babies of different ages, and the benefits of playing puzzles for children.

0～1 years old: look at the pattern

For babies from 0 to 12 months, due to their immature body development and limited space for activities, this period is more suitable for him to show him some brightly colored, clear lines, and relatively large patterns. Try to choose red, yellow, and blue. Toys and graphics in the four primary colors of green and green prepare for the development of baby’s visual image cognition.

Babies around 1 year old can walk, their field of vision is widened, and their ability to recognize things and images is greatly improved. During this period, you can play with some simple assemblable three-dimensional toys for your baby. Some play-house toys on the market, such as detachable and assembled radishes, are good choices. This kind of toys can help babies initially establish the concept of whole-part-whole in the game from disassembly to assembly, and it also promotes the movement and development of small hand muscles.

When    is 2 years old, the baby’s “official” jigsaw puzzle game can begin. I suggest you let your baby start with the 4-piece puzzle first. When choosing a jigsaw puzzle, pay attention to the patterns and lines of the jigsaw puzzle to be large and clear, and the color blocks should be obvious.

Train children to understand the relationship between “parts” and “alls”: Let them know that many “parts” can piece together a “all” and that “one whole” is composed of “many parts”.

Train children to learn the meaning of order, order, and logic. When many children are exposed to multi-piece puzzles at the beginning, they naturally know that they should start from the edge. This is the meaning of learning sequence, order and logic, and learn classification from observation and judgment. He has to observe the correct spelling on the example. To spell the correct answer.

Improve children’s operation and hands and eyes. Jigsaw puzzles require the baby’s patience and hand-eye coordination. As long as they are uncoordinated, they can’t put the color blocks in the correct position. But for children who can’t at first, just practice a few more times.

Learn how to solve problems and strategies. Playing puzzles can learn the ability to reason and think, because the child will try different choices to decide the right one to put it down, that is, through the process of hypothesis, judgment and choice, let him learn the method of using logic to solve problems.

Improve children’s frustration tolerance and endurance. Children will inevitably have spelling mistakes in the process of playing jigsaw puzzles. At this time, they will feel frustrated and express their willingness to play, but adults can assist them and help them through the difficulties.

Gain affirmation from chaos and destruction and reconstruction, while building confidence in oneself. When the child completes the puzzle, it is easy for him to feel a sense of accomplishment, which is very important to increase the child’s interest, and it is also a source of self-confidence for him to complete the puzzle independently in the future. 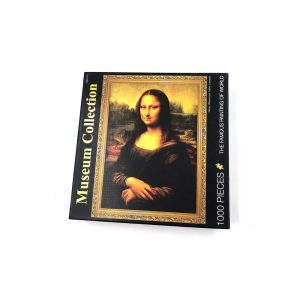 The characteristics of educational jigsaw toys
2021-07-01